Delhi based musician, composer and Director, Sharmila has acquired the moniker of Singing Baker over the years due to her dual professions in music and food.

With a music degree from Wheaton College, Illinois, she has conceptualized, composed and directed several musicals, commissioned in celebration of major milestone events for schools, with casts ranging from 350-1000 members. She has been a choir member, soloist and Conductor of The Capital City Minstrels.

Over the years her creativity has spilled into several mediums including paper, fabric, food, hospitality. Sharmila has enjoyed counselling young adults and married couples, with her husband, and has lived in the US, Japan and India with her family who share her love for people, travel, languages and culture. 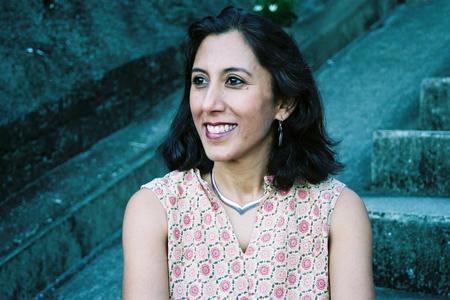 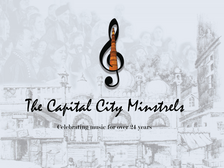 The Capital City Minstrels (CCM) is comprised of people from all walks of life – university students and professionals such as doctors, lawyers, architects, teachers, development practitioners, corporate  executives and embassy personnel, of all ages and nationalities. Originating in 1994, the choir is now in its 24th year. Zohra Shaw, Fellow of Trinity College of Music, London, founded this choir when she put together a small chamber ensemble of twelve singers. In that very first Christmas season the group had no less than twelve performances. Since then, CCM has increased in numbers, and grown musically under the influence of various conductors and musicians.

Over these two decades CCM has performed more than 200 concerts at prestigious  venues around the capital such as the India Habitat Centre, India International Centre, Epicentre - Gurgaon, Rashtrapati Bhavan and hotels like the Imperial, the Hyatt and the Ashoka. The choir has also established strong cultural links with the Hungarian Cultural Centre, Alliance Francaise, the Austrian,  German, Italian and Vatican Embassies and regularly perform for important events at these places.

CCM’s repertoire spans a wide range; from the earliest choral music to the entire spectrum of western  classical music, and opera to ballads, folk songs, Broadway musicals, rock, pop, jazz as well as Indian  music arranged for choir performances. Over the years, CCM has participated in choral festivals like the Monte Festival in Goa, performed Peace Concerts in Srinagar and Gulmarg as guests of the Chief Minister of Jammu and Kashmir and brought music to students of The Doon School and Lawrence School, Sanawar. CCM toured Europe in 2008 and 2015 and performed choral music in Hungary, France, Germany and Switzerland. In the recent past, CCM has also sung for the President of India, for the Ministry of External Affairs, the SPIC MACAY Incredible India Heritage series and the Delhi International Arts Festival.

One of the Choir’s long-term goals is to increase musical literacy by exposing children to choral music. In 2016, CCM had the pleasure of hosting the Brotherhood of the Knights of Beau-Soleil and Mixed Voices from Switzerland and Germany respectively. Most recently in 2017, CCM had the honour of opening for the Yale Schola Cantorum and Juliard415 at the Lotus Temple, Delhi.